Top Largest Deposits of Metals Around the World

Iron, the main ingredient of steel, is one of the most important elements on earth. The reddish-brown metal is often found in large mineral deposits of sedimentary rocks.

Metal deposits contain significant amounts of metallic elements, such as gold, copper, and iron. Deposits which can be economically extracted for human use are classified as ores. To be commercially viable, iron ores must contain about 60 percent iron.

Iron ores include the oxides hematite, magnetite, limonite, and goethite, as well as silicates (mixed with silicon and oxygen) and carbonates (mixed with carbon and oxygen). These ores are spread across every continent of the globe and provide a great source of wealth for both local and foreign investors. 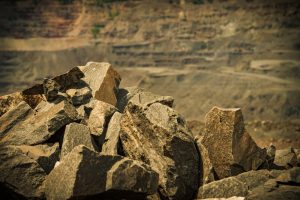 The continent of Antarctica contains large mineral and metal deposits, but as of the Antarctic Treaty signed in 1998, no commercial mining is allowed there. The following countries produce the largest amounts of iron ores (Note: the general ranking and total figures will vary depending on types of ores produced and the method of reporting).


Brazil came in second with 397,000,000 metric tons of iron ore produced in 2015, or 12 percent of the total world production. Brazil has the second largest deposits of iron ore and some of the largest mines in the world.


Though China’s iron ore production is calculated differently than in other countries, it was estimated that in 2015, China produced approximately 375,000,000 metric tons, or the third largest of global production. The country has the fourth largest iron ore reserves in the world.


Russia produced 101,000,000 metric tons of iron ore in 2015. The country has the third largest reserves, and production comes mainly from Central Russia, Siberia, and the Urals.


In 2015, Ukraine produced the 7th largest amount of iron ore at 67,000,000 metric tons. Ukraine has 18 per cent of the global total of accessible reserves, the largest potential amount of any country.


The United States was the 8th largest producer of iron ore in 2015, with a total of 46,000,000 metric tons produced from mines in Michigan, Minnesota, and Utah.


Canada’s 2015 production of iron ore equaled that of the United States, at about 46,000,000 metric tons, depending on the reporting source.

Industrial Metal Supply is your one-stop shop in the Southwest for all things metal. Visit us at one of our six convenient locations.

Next Post: Things You Didn't Know We Stock: Gate Openers