June 25, 2019
by: IMS
Contact Us
Posted in: Interviews, jessi combs, metal fabricators, who is jessi combs

With a long, varied, and record-breaking career, Jessi Combs truly is the "Real Deal" in the world of metal fabricators and motorsports. Just who is Jessi Combs and why is she important to the metal industry?

Growing up in South Dakota, Jessi excelled at racing, snow sports, and especially off-roading. She also showed an artistic bent and found working with her hands to be quite natural and extremely empowering. All these talents came together when Jessi entered WyoTech, graduating with a degree in Custom Automotive Fabrication. 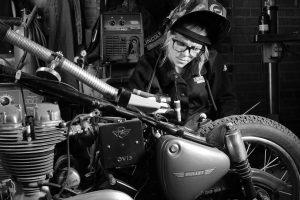 Her first fabrication job was building a car from the ground up in six months for the school’s marketing department. The car debuted at the Specialty Equipment Marketing Association (SEMA) show, and propelled Jessi headlong into a career combining fabrication & metal artistry, racing, and the entertainment industry.

Since then, Jessi has co-hosted or guest-starred on hundreds of television episodes for shows like Overhaulin’, Xtreme 4x4, SEMA Show Special, All Girls Garage, and The List: 1001 Car Things To Do Before You Die. Among multiple guest appearances in automotive TV circuit, she also appeared in the entire 7th season of Mythbusters, filling in for Kari Byron on maternity leave.


Jessi’s first love is racing, and she continues to build and race vehicles with her teams. After three attempts as a co-driver, her first year as driver of record and Jessi placed first in the spec class in the King of the Hammers (KOH) off-road race in 2014 – the first female to ever place at any Ultra4 event. Then in 2016 she won the Every Man’s Challenge (EMC) at KOH in the Modified class, and in 2017 took that car to a twelfth place overall finish. To level out the playing field, she followed that up with a 1st place win in the Stock class in 2018 - taking 3rd overall in the EMC. The brutal race, which combines desert racing and rock crawling, takes place on a dry lake bed in and around Johnson Valley, California near Yucca Valley. 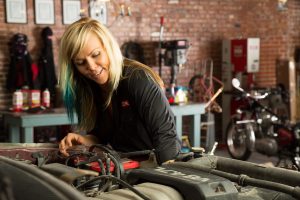 The North American Eagle Supersonic Speed Challenger, a jet fighter turned into the fastest racing machine in history, added Jessi to the team for 2013. Their attempt is to break the 512 mph Women’s Landspeed World record made in 1976 by Kitty O’Neil. Jessi achieved a speed record of 398 mph with a top speed of 440 mph, becoming the fastest woman on 4-wheels. In 2018 the team achieved a new top speed of 483.227 mph with Jessi behind the controls.

One Of The Boys


According to Jessi, her love for building cars came as a result of her desire to be lighter, race better, race faster… to be just as competitive as “the boys.” 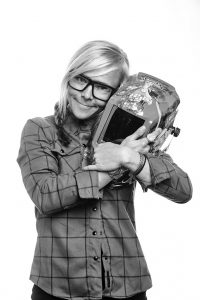 “I have a natural desire to be the best and to win, and so I learned how to fabricate,” she said in an interview. “It helps me become a better driver because I understand what’s going on internally and externally with my cars.”

Jessi's wide visibility and skills in metal fabrication opened up the opportunity to develop a woman's line of welding gear (PPE) with Lincoln Electric. She also works with WARN Industries to spread the word about their off-road accessories. As a hands-on builder, aligning with establishments such as Industrial Metal Supply only help her mission to express to others what woman are capable of in the shop.

To that end, Jessi joined with Theresa Contreras to form the REAL DEAL, a non-profit with a mission to revolutionize the perception of skilled trades – and women's roles in them. The Real Deal is a dynamic collaborative of automotive and industrial women who empower and educate others by teaching the skilled trades through hands-on workshoppes, events, and adventures.

This infographic illustrates the life and amazing accomplishments of Jessi Combs – Truly the Real Deal!