In just a few short years, the sheet metal fabrication industry has been rejuvenated, in part due to exciting new technologies like automation and the industrial internet of things (IIOT), 5-axis machining, co-bots, and robotic welding.

While in the short term, the rise of industrial robots is projected by the consultancy firm Oxford Economics to result in a loss of 20 million manufacturing jobs by 2030, the firm notes that some of these lost jobs will be replaced by new ones requiring a new set of highly technical skills. Meanwhile, demographic changes are causing a dramatic loss in experienced employees, resulting in a “Skills Gap” in the industry.

But on the horizon, the next cohort of tech-savvy young people to follow the Millennials, called Generation Z, may be a perfect fix to fill in the gap.

According to the Pew Research Center, the Millennial generation consists of anyone born between 1981 and 1996, while the next group, Gen Z, covers those born in 1997 or later (date ranges sometimes vary). The influential factors affecting Millennials in their growing years included the rise of the internet, increased immigration, the 9/11 attack on the U.S., the birth of the smartphone, and a world-wide economic recession.

As these factors appeared over time, Millennials adapted along with the culture. But by the time Gen Z came on the scene, 24-hour social connectivity through wifi and the mobile web fully permeated their daily lives. This makes the latest generation of young people the most tech savvy of all – even more so than their slightly older siblings.

A 2019 Brazilian study by Deloitte found that Gen Zers are more open even than Millennials to a variety of people and groups, and are more willing to engage in dialog to solve conflicts. In the increasingly global manufacturing industry, the ability to understand and accept people from many different backgrounds is essential to successful operations.

The study also found that Gen Zers place a high value on individuality. They seem willing to experiment with a range of identities, and prefer to avoid labels. These characteristics may make it easier for more Gen Z women to find their way into traditionally male occupations, including metal fabrication.

Changes in the way schools teach have created a generation that is very comfortable with team projects and online self-learning. Both these methods of gathering knowledge and solving problems will serve Gen Z well in the 21st century workplace.


How will today’s high-tech culture affect career aspirations for Gen Z? According to the Brazilian study, definite differences are emerging between Millennials and Gen Z. Though both groups grew up during periods of dramatic social change, Gen Z was deeply marked by the Great Recession. From childhood, they watched their parents struggle with unemployment and underemployment, and the resulting emotional and financial strains. As a result, the latest generation is looking for a more stable, financially comfortable life. 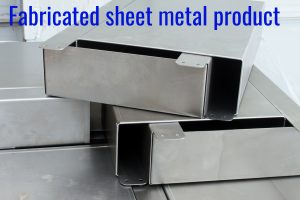 The Future of Metal Fabrication


As true digital natives, Gen Z members come fully immersed in the world of video controllers, tablets and smart phones – the same types of graphics interfaces used to control the most advanced metal fabrication equipment. Because of this, their ability to program and operate robotic manufacturing equipment and to translate 3D computer designs into metal components should be unsurpassed.

Their comfort with global connectivity through social media and internet gaming should allow them to shine in the integrated digital factories of Industry 4.0. And their inclusivity will allow Gen Z employees to feel completely at ease in the multicultural workplace of advanced metal fabrication. Manufacturers who seek out members of this generation will benefit greatly in the years to come.

Industrial Metal Supply Company is your one-stop-shop for all things metal! Visit one of our six convenient locations today.